God, Give Me Mountains! 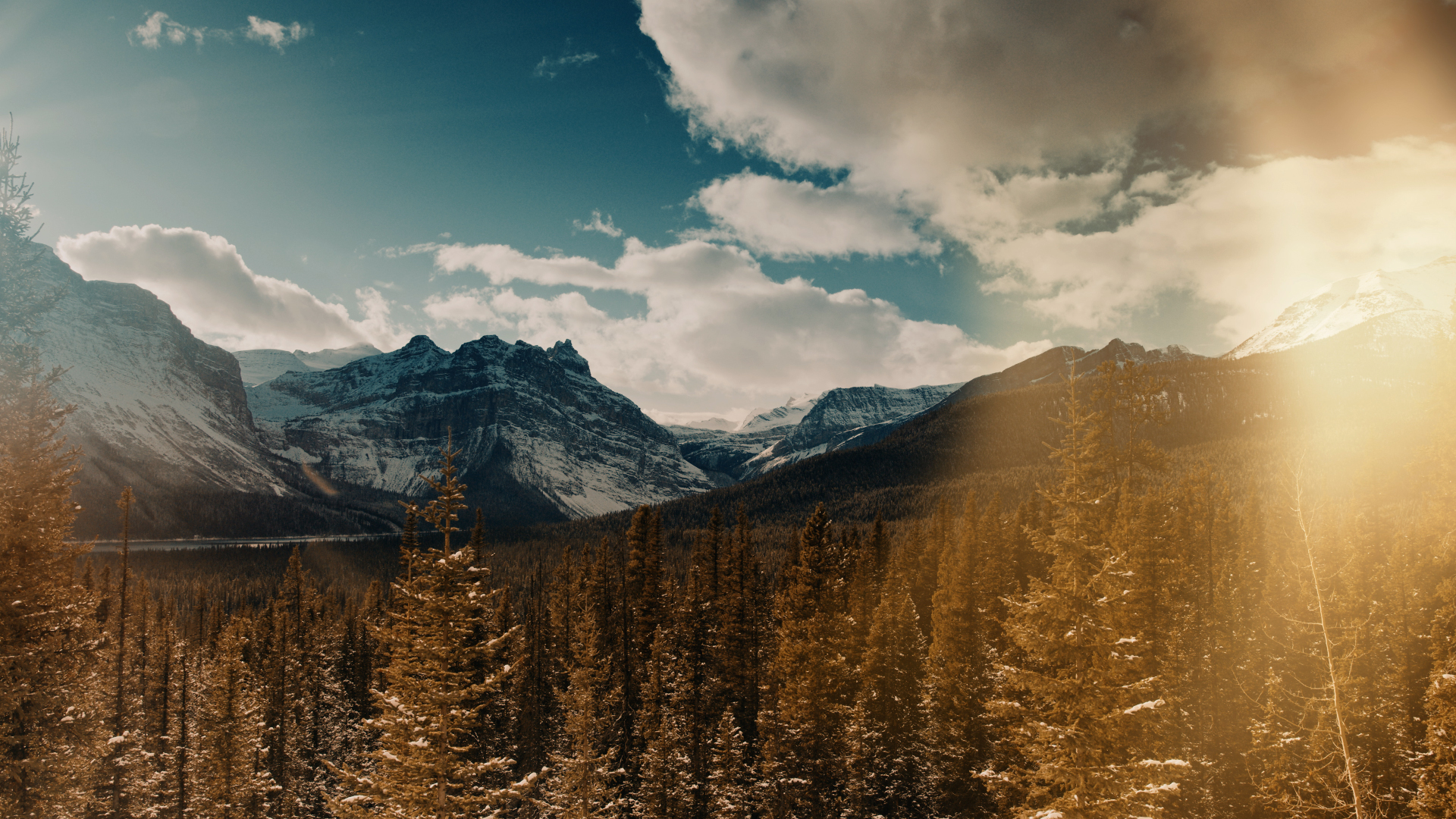 The study of Noah’s life is an extraordinary venture. He was a man who saw the world destroyed, survived a global flood, who populated a new humanity, oh, and built one of the largest boats—by hand—ever constructed in the ancient world. Though a sinner like us all, there is no one like Noah. He was a “man’s man” of sorts. He, of course,points to a Greater Noah, for whom water was no match either, “walking on the sea” (John 6:19).

A Man Worth Our Study

We are first introduced to Noah in the closing verse of Genesis 5. The next three chapters (6-9) tell the story of his life, calling and ministry. Noah’s death is recorded in Genesis 9:29, finally concluding the genealogical trajectory set forth in chapter 5, “and then he died.” (Cf. Luke 3:36) Noah’s legacy was in the mouth of the OT prophets Ezekiel and Isaiah, and continued even to Jesus in the NT who spoke of “the days of Noah” as an eschatological illustration of the second coming “days of the Son of Man.” (Matt. 24:37-38; Luke 17:26-27)

The Holy Spirit further provides snippets of biography through the letters of the NT. The author of Hebrews for example records Noah in the “hall of faith” for having “in reverent fear constructed an ark for the saving of his household.” (Hebrews 11:7) Peter corroborates the historicity of the world-wide flood, speaking of the days of Noah when the persons of his family “were brought safely through the water.” (1 Peter 3:20) Perhaps the most interesting point of biographical detail comes in Peter’s second letter where he names Noah as a “herald of righteousness.” Put all the pieces together and you have a long-living husband of one and father of three, who was a carpenter and a preacher, who was faithful to his wife and saw his children married with children, and through it all sought to worship and obey God with his whole being (cf. “Noah built an altar to the Lord” Gen. 9:20).

Though the typical knowledge of Noah doesn’t go much further than the ark and the flood, Noah is a man worthy of our study and, in many respects, our emulation. After all, Moses tells us that Noah “found favor in the eyes of the Lord” and was said to be a “righteous man, blameless in his generation.” (Gen. 6:8-9) Be that as it may, the events of Noah’s life are easy to gloss over. Noah is reduced many times to children’s stories, leaving generations of adults with only the flood and ark in mind. However, to piece his life together scene by scene reveals a man no doubt who stood many times in the tension of faith and fear. Like many biblical characters, Noah deserves more attention than we’ve likely given him.

Come with me into Noah’s life. I want you to see mountains.

God told Noah that a flood was coming. Rain had never fallen before, and the earth surely had never been subject to a global flood. Yet Noah went to work. He cut the trees, sawed the wood, nailed the boards and covered the newly-built ark with pitch. Doing all of this, or course, with no need or place to float his boat. We’re reminded that God presently equips us for forthcoming service of which we know not. Our task is to be obedient to him, trusting the Lord knows better and more than we do.

But Noah went a step further than carpentry, to grocery. He stocked the ark with animals and food. Noah labored like never before, gathering sustenance for life on the ark, all for what seemed to be life after the ark (Gen. 7:1-4). The Lord’s commands signaled more to the story, that there would be a day when both animals and food were in need. Yet such a reality remained undisclosed to the Lord’s choice servant.

Yet Noah went even further. In a display of bold spiritual leadership, he led his family to board the ark he had made. Upon a full ark they stepped knowing not what the coming days would bring. Leaving their lives behind, they would never know such a world again. They said goodbye to homes, relationships and life as they knew it, so that they might say hello to God’s plan and obedience to his commands. Their lives were in his hands. As a leader, Noah was last to board the ark. And then we are told, “The Lord shut him in.” (Gen. 7:17)

Noah boarded the ark out of obedience to the Lord’s commands. He was in a boat on dry land for seven days (Gen. 7:10), and then the rains began to fall. It rained “forty days and forty nights” (Gen. 7:12) and for 150 days “the waters prevailed.” (Gen. 7:24). Then for 10 months the waters covered the earth. But that is all authorial retrospect. Moses as author and we as readers know what Noah didn’t know. For Noah, all he had was water and time and the promise of God, “I will establish my covenant with you.” (Gen. 6:18) There was nothing else left to do. There was literally nothing on Noah’s horizon. His obedience had matched God’s commands. So, Noah floated, and Noah waited.

Below the Water Line

Perhaps you can relate to Noah. You have trusted the Lord. You have obeyed his commands. You love him and seek to bring him glory. But at this moment, you feel afloat on the water. Like Noah, you have no idea how long this season will last. Noah built the ark, stocked the ark, and boarded the ark. Was this the end? Was all that work so that Noah could spend the rest of his days on some boring global cruise? Hardly.

God was working too, on time and on plan, under the water line. Such a place is where God does some of his best work. He keeps it hidden, and us humbly dependent, until he’s ready for its reveal. Yet for over a year Noah was afloat on the water. The ark was Noah’s waiting room, and waiting rooms are where God can work within us like in no other time and place. Noah waited. (I would have loved to hear some of those family conversations!) He was vulnerable, clueless, fearful and dependent and maybe, just maybe his faith began to smell like frustration. Can you relate to Noah?

However what Noah did not know is “at the end of 150 days the waters abated.” (Gen. 8:3). Noah couldn’t tell the water line was dropping when all he saw was water, but that was exactly what was happening. God was draining the pool, but Noah knew no different. Until, “the tops of the mountains were seen.” (Gen. 8:5)

Oh, what it must have been like to see those mountains! God was working. He was up to something. A new day was coming. Noah was getting off the ark! Despair turned to hope. Bring about the raven, get out the dove! (Gen. 8:6-12) Nothing Noah had done would be vain. Every nail he hammered would be redeemed when he and his family stepped on dry land.

God, Give Me Mountains!

Perhaps you are in a “floating ark” season of life. You’ve done all you can do. Now all there is to do is pray and wait. I get it, I’m there too. “A few mountain peaks would be really nice about now,” you say. We are fickle and finite. We need the God of the mountains, yes, but we also need to see some mountains. We long to see the Lord’s hand at work. Mountains build confidence, they spark motivation. They remind us there’s more to our story than a blank horizon.

Dear ark fellow, as “God remembered Noah” (Gen. 8:1), he will remember you. Keep your eye on the Master of the mountains. He is the Rock of Ages. In his time you will see his hand (and his face! cf., 1 John 3:2). God doesn’t forget anything or anyone, and he certainly doesn’t forget you. He will show you what he’s been doing all along.

If God put you in the ark, he will be faithful to get you out. Ask him to redeem your time as you float on spiritual water (Eph. 5:15-17). Remember, there is no time like “ark time.” There will be plenty of work for you to do on dry ground. Until then, float well, and pray for mountains.

“Therefore my beloved brothers, be steadfast, immovable, always abounding in the work of the Lord, know that in the Lord your labor is not in vain.” - 1 Corinthians 15:58